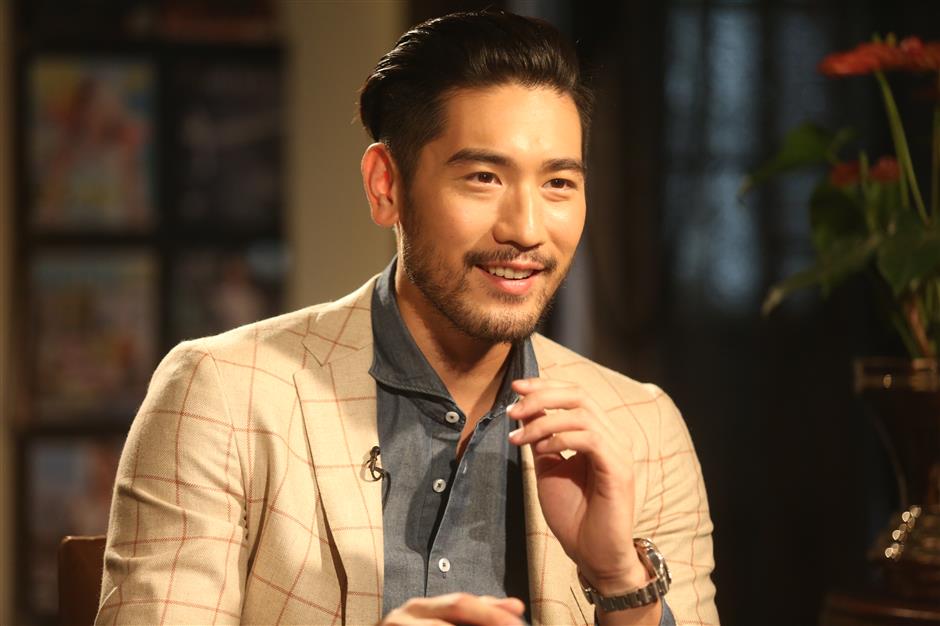 Taiwan actor and model Godfrey Gao died in Ningbo City, Zhejiang Province, yesterday after collapsing during the filming of a TV reality show.

The Taiwan-born Canadian actor, 35, was filming the show, “Chase Me,” when he suddenly fainted and collapsed.

The official Weibo account of “Chase Me” said he had received first aid from medical staff at the scene before being rushed to the hospital. After trying to revive him for more than two hours, the hospital pronounced him dead due to cardiac arrest.

The show is an obstacle-course race similar to programs like American Ninja Warrior and involves a series of elaborate physical tasks for its contestants. Previous tasks have included jumping atop rotating blocks positioned over a ball pit and scaling the sides of tall buildings while tethered by ropes.

Gao’s death was the number one trending topic on China’s Sina Weibo yesterday and sparked a nationwide debate on the difficulty of the physical challenges on reality shows.

Zhejiang Television said late last night that they will scrutinize all process during filming to ensure safety.

A witness, who was at the scene, told Tencent News that she heard Gao shout, “I can’t carry on,” before slumping. The crew immediately closed in and kept filming, assuming it was all part of his act.

She said there was an ambulance near the stage and running track, but the track was long and there was a fence that prevented the vehicle from reaching Gao.

Gao had also appeared in several movies including the 2013 Hollywood production The Mortal Instruments: City of Bones and The Jade Pendant, as well as Chinese blockbusters like Shanghai Fortress.

In China, he is best remembered for his role as Lichuan in Remembering Lichuan (2016), a television adaptation of a Chinese romance novel.