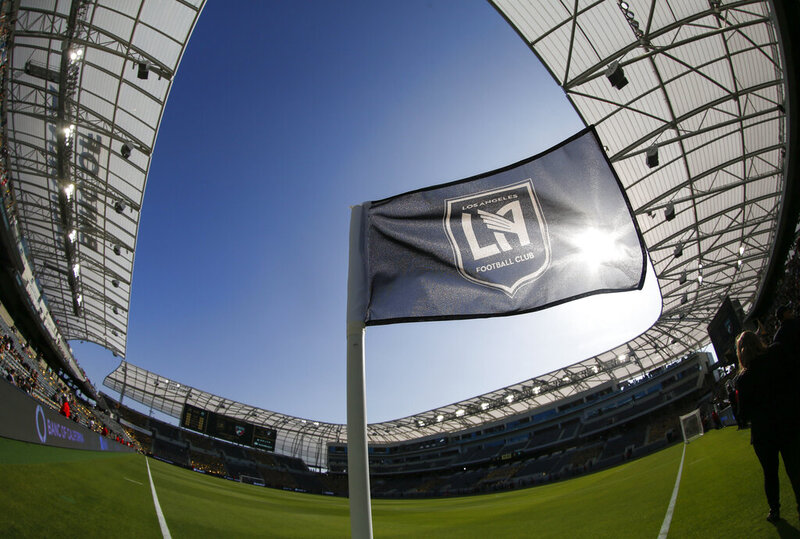 The Latest on the effects of the coronavirus outbreak on sports around the world:

Major League Soccer players have approved a new collective bargaining agreement that will allow for the league to return this summer with a tournament in Florida.

The Major League Soccer Players Association announced the ratification of the CBA on Wednesday morning. Players had approved economic concessions for this season, including across-the-board salary cuts last weekend. The league countered the proposal from the players and set a Wednesday deadline for ratification.

“Today’s vote also finalizes a plan to resume the 2020 season and provides players with certainty for the months ahead. It allows our members to move forward and continue to compete in the game they love,” the MLSPA said announcing the agreement.

The new CBA runs through the 2025 season. The sides had agreed to a five-year CBA in February through 2024, but that had not been ratified as the virus spread.

The season was suspended March 12 because of the coronavirus pandemic. Teams had played just two games.

Details of the Florida tournament were still under consideration but the league’s 26 teams and limited staff would be sheltered at hotels with games played without fans at ESPN’s Wide World of Sports Complex at Disney World.

Indiana football players will start returning to campus on Monday and can resume voluntary workouts on June 15 as part of a phased-in plan announced by the athletic department.

Coach Tom Allen expects about 65 players to travel to Bloomington, Indiana, next week. Another 25 players are slated to come back June 29 with the third and final group set for July 6.

During a Zoom call, Allen told reporters all players will be tested after arriving. They will then be quarantined for two or three days, awaiting test results.

Players also will undergo an orientation program detailing the procedures and policies in place before they will be cleared to start weight lifting and running in groups of 10 or smaller. Each player must complete a daily medical check and agree to abide by a series of CDC guidelines, too.

The plan calls for roommates to work out together and to break up position groups in hopes of containing the spread of COVID-19 — if there is a positive test.

“You can’t say there’s no risk, there’s risk in everything you do,” Allen said. “I’ve had some questions (from parents) that I don’t have answers to yet, like what’s July going to look like or what’s the season going to look like. You just have to communicate with them over and over and make sure they feel good about it.”

Allen says he believes the Hoosiers would need about six weeks of practice time to be ready for the season opener against Wisconsin, currently scheduled for Sept. 4.

English soccer team Tottenham says a person at the club has tested positive for the coronavirus.

The Premier League club did not identify the person.

It was the only positive case after the Premier League tested a further 1,197 players and club staff.

The testing is taking place ahead of the planned resumption of the league on June 17. The competition was suspended in March.

The Premier League says one person was found to have the coronavirus after the fifth round of testing of players and staff at soccer clubs.

The league did not identity the person.

Testing is taking place ahead of the planned resumption of the league on June 17. The competition was suspended in March.

The PGA Tour has announced a deal with Sanford Health to conduct COVID-19 testing of players, caddies and essential personnel five days before the season resumes. That applies to every stop on the PGA Tour, PGA Tour Champions and the developmental Korn Ferry Tour.

Sanford Health is based in South Dakota and is title sponsor of a PGA Tour Champions event.

The company has three mobile testing units it will deploy across the country. Each one has a driver and three lab technicians. A unit will be at tournaments from Saturday through Thursday before leaving for the next closest event.

The tour says results from the PCR tests are expected back in a manner of hours. Senior vice president of tour administration Andy Levinson says it also allows ample testing without taking away resources from the community where the tournaments are played.

The tour expects about 400 people to require testing at tournaments upon the restart. No spectators are allowed for the first five events on the PGA Tour.

The first event is the Charles Schwab Challenge at Colonial in Fort Worth, Texas, on the PGA Tour. The smaller Korn Ferry Tour has an event at PGA Tour headquarters in Florida.

The Official World Golf Ranking will restart next week when the PGA Tour and Korn Ferry Tour hold official tournaments for the first time in three months.

The ranking was frozen on March 15 as golf joined the rest of sports worldwide in shutting down sports because of the coronavirus pandemic.

The European Tour does not resume until July 22. That leaves some players unable to earn ranking points.

The OWGR board says major organizations such as the USGA and PGA of America have agreed to incorporate the March 15 ranking into whatever qualifying criteria they have involving the ranking.

Rory McIlroy remains at No. 1 going to Colonial next week in Fort Worth, Texas.

A part-time student worker in the Iowa State athletic department has tested positive for COVID-19 and four athletes are experiencing symptoms.

The four athletes from two sports began experiencing symptoms after being in close contact with individuals outside the athletic department who have been infected. Those athletes are in quarantine and awaiting test results.

Athletic director Jamie Pollard says “the potential for infections and positive test results has always been very real for an organization like ours and we’ve been thorough and diligent in planning for such incidents.”

The Big 12 is allowing Iowa State and other conference schools to have football players return June 15 for voluntary workouts.

A Ukrainian soccer team has found 25 cases of the coronavirus among players and staff.

The Ukrainian soccer association says the cases at Karpaty Lviv came from tests on 65 people. None of the players or staff members have been named.

The Ukrainian league restarted last week without Karpaty. The team’s first game was canceled because of suspected virus cases and the league has now postponed two more matches.

The league’s planned end date in mid-July is now in doubt.

Karpaty says everyone who tested positive is in isolation and that training has been canceled for a two-week quarantine period.

Karpaty player Egor Nazarina told Ukrainian TV channel Futbol that he didn’t believe anyone at the club had displayed symptoms of COVID-19.

The top health official in the Valencia region says Atalanta coach Gian Piero Gasperini was irresponsible for traveling to Spain for a Champions League match with symptoms of the coronavirus.

Ana Barceló says Gasperini “lacked responsibility” and “shouldn’t have made the trip” from a high-risk area knowing that he had COVID-19 symptoms.

The 62-year-old Gasperini told Italian media he started feeling sick on March 9. That was a day before Atalanta played at Valencia in the second leg of the round of 16.

Experts say the first leg on Feb. 19 in Milan was one of the biggest reasons why the virus was so deadly in Atalanta’s home city of Bergamo. The match has been dubbed “Game Zero” by Italian media.

Barceló says the revelation by Gasperini shows that authorities were right by ordering the second leg to be played without fans.

The West Indies says three cricket players have turned down the chance to travel to England for the postponed three-test series that will be played in bio-secure environments amid the coronavirus pandemic.

Cricket West Indies says Darren Bravo, Shimron Hetmyer and Keemo Paul “all declined the invitation” to join the squad and “will not hold this decision against these players when considering future selection.”

West Indies players must travel a month before the first test in Southampton starting July 8 in order to quarantine and begin training.

The other tests will be played in Manchester starting July 16 and July 24.

The chief executive of the European Tour says the fate of this year’s Ryder Cup will be decided by the end of the month.

Keith Pelley says in an extensive interview with the McKellar Journal podcast that the European Tour and the PGA will have “conversations” about the Ryder Cup now that the revamped schedules of both tours have been announced.

Pelley says there will be “a direction at the end of the month.”

The Ryder Cup is still on schedule for Sept. 25-27 at Whistling Straits in Wisconsin despite massive disruption to the sports schedule because of the coronavirus outbreak.

It could be held without fans but golfers like Rory McIlroy and Brooks Koepka are among those saying they are against that idea.